How did you enjoy your stay ?

The circus activity started on Sunday and ended with the show on Friday. Every day, between 9am and 12pm, the children participated in the activity supervised by Layol and Yann as well as Vacances Bleues hotel animators.

After 5pm, the circus tent was open to anyone who wanted to train or try the activity, including adults. My daughters, who are 7.5 and 4 years old, were in two different groups.

What have they learned?

They surprised me! They were introduced to juggling with Chinese plates, balls, rings and scarves, first on the ground, then balancing on large balls. They learned to walk in balance on a wire, to make diabolo, rolls…. The older ones practiced on the trapeze. They did figures in the air with great flexibility. I thought it was very beautiful.

One evening, they wanted to show me what they had learned. I was amazed!

How was their stay?

The girls were delighted. At first, I was a little septic because unlike the little one, who is very dynamic, my eldest daughter is shy and lacks self-confidence. Besides, she didn’t want to do the show. So I warned the hosts that she would attend the internship, but not the show.

But one evening, they wanted to show me what they had learned. I was amazed! I congratulated them. She felt confident and finally wanted to participate in the final show! She had a great time. It is a very interesting activity to gain agility and self-confidence

It was very cheerful, there was a good-natured spirit.

Tell us about the final show…. !

I’m not very objective because my daughters were participating, but I thought it was a real circus show! Moreover, even hotel guests who did not have children attended. On the day of the show, the children were made up. The little ones were all dressed in black and white. They performed a roll show, passed through hoops and made a leapfrog. They also balanced the ball and juggled.

All age groups passed one after the other and the hotel animators also participated. Some teenagers even passed alone, like this young girl who was balancing archery on a balloon. She impressed me! Two children played the ukulele. The teenagers did acrobatics without carpets on the ground. The clown did a magic act with a dad and a clown act with an animator. And then all the children made a human pyramid. It was very cheerful, there was a good-natured spirit.

And your daughters, what did they think of it?

After the show, they were happy to have succeeded. We felt a real group unity. They had stars in their eyes! I felt them blossoming. Each child obtained his circus diploma from Bloubi, the hotel’s mascot, and then they took a group photo. The clown was inflating animal-shaped balloons and each child left with his balloon.

So there was a real circus atmosphere!

Yes, and Layol is a real circus clown, with big shoes and the clown head! He would walk around the hotel to teach adults magic tricks. 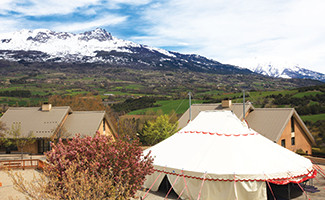 in the Horizons du Lac

The circus has invited itself to Les Horizons du Lac to the delight of young and old alike. Relive all the highlights of this theme stay thanks to Magali’s testimony! 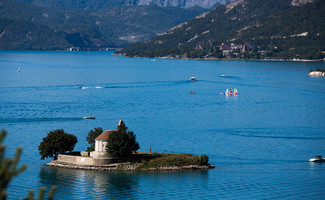 We offer you a list of nature and culture events around your club Les Horizons du Lac, near the lake of Serre-Ponçon. an entertaining stay in the mountains ! 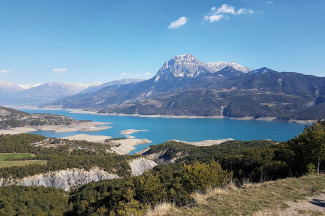 What to do this summer

in the Southern Alps

Away from the summer crowds, choose a holiday in the mountains in a green setting near the Serre-Ponçon lake. Good tips for outings and visits during your next stay in Chorges ! 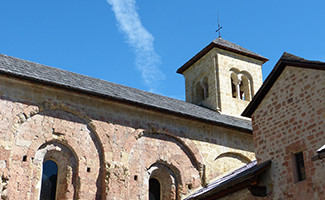 The mountain is a source of inspiration for you

Opt for a cultural stay in the Hautes-Alpes to discover a remarkable historical, architectural and religious heritage, in the heart of nature. A real breath of fresh air!